I saw Brown County State Park recommended on Pinterest. There seemed to be a lot of pretty trails and tree-lined drives that would be pretty in the fall.

The campsites didn’t have water or sewer hookups, but there was a dump station and a place where you could fill your water tanks in the campsite area. The sites did have electric hookups. There were nice bathrooms and shower facilities right in the center of the campground. They were clean and nicely lit…. with tons of hot water.

*just noticed something that I didn’t even realize until we were at a new campground. The showers at Brown County State Park had doors like bathroom stalls… with a lock. Not a deadbolt, or anything, but at least they had a real door instead of just a shower curtain! 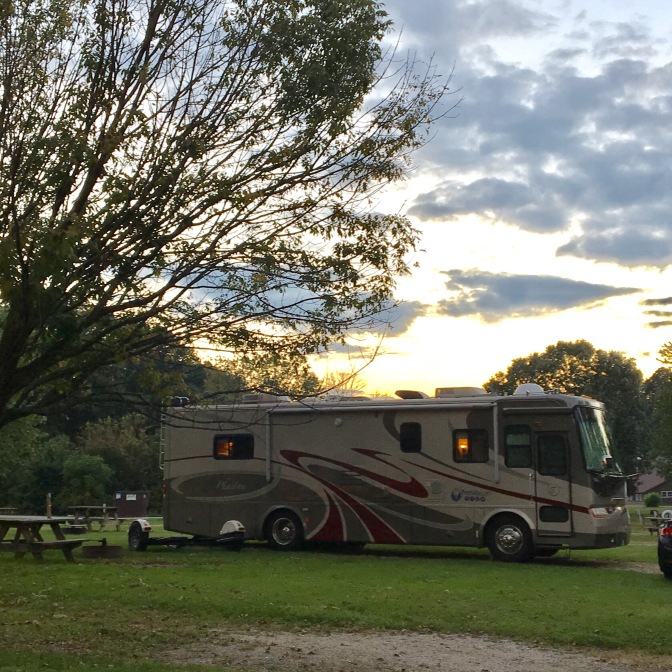 The park is huge and the campsites are way deep into the park. While the park is centrally located to the downtown Brown County shops it takes a while to get out of the park. It’s still a good location, but it’s not like you’re out to town in five minutes. There were other campgrounds that were closer to town, but I liked being in the park. The facilities were nice and I liked being so close to all the hiking trails. 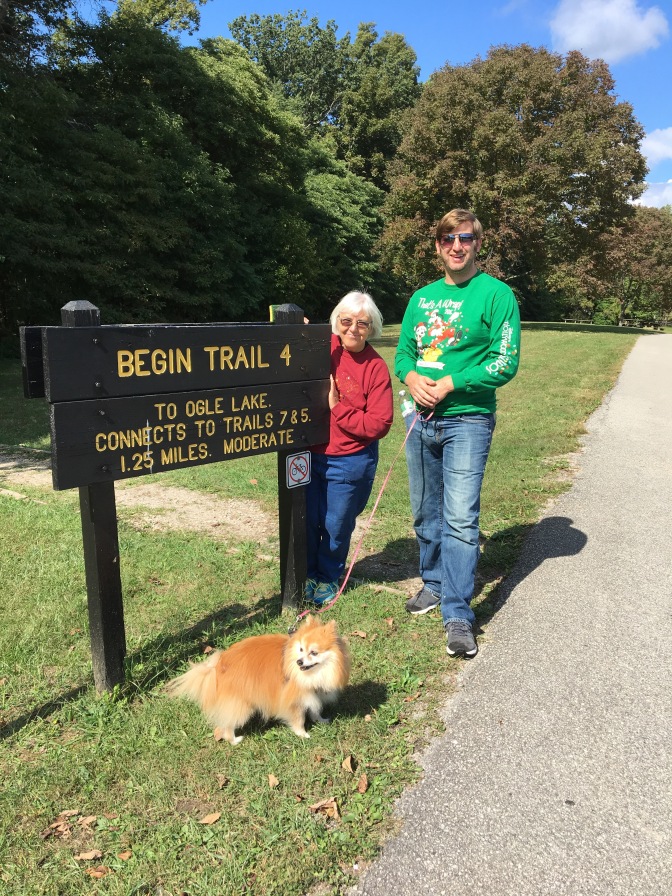 The spaces were large enough and included plenty of room for the RV and the car and trailer. There was also a picnic table and fire pit at each site. There were large trees dotted around the campground…. it was pretty.

I do wish there had been some kind of a buffer between the campsites. Everybody had a fire in their fire pit and the smoke was kind of overwhelming… even in the RV with the windows closed. The campground and park are pet friendly…. but my little monster doesn’t like other dogs hanging around her RV. A little bit of trees or bushes in between the sites would have helped block Boo’s view of the other furry neighbors. (She has something against Beagles…)

I would definitely recommend the Brown County State Park. The park is great for hiking or taking trail rides. They also had a number of events… though we managed to keep ourselves plenty busy doing other things around the area.

*Brian said that I should mention that our campsite was pretty level, but some of the others that we saw had quite a bit of slope to them. He suggests that you be sure to look at the photos of the sites on the reservation page before choosing one.