Now that we’re in a new house and settling in Mom and I have been venturing out more and more on our own. Okay…we’re just going out looking for food…. but, that counts. Last week we found CostCo all on our own (with a little help from Google Maps). Of course it’s dangerous to go into Costco on an empty tummy… I think my credit card may have a specific policy against it (if it doesn’t, it should!) So I turned to my trusty Find Me Gluten Free app and searched the restaurants nearby.

There was a Cooper’s Hawk Winery & Restaurant back in Missouri, but it didn’t get very good reviews for its GF menu so I’d never tried it. The Cooper’s Hawk in Jacksonville got excellent reviews on the FMGF app (and we were 20 minutes from home, so if we got sick….). I switched apps and made reservations on the OpenTable app*.

*Side Note – Check out the OpenTable app. It’s great to make reservations and read reviews. The best part about using the app that I’ve found is that the restaurants seem to have special reservation times held for OpenTable. (I can’t swear to this, but that’s what it seems like.) I’ve walked into a restaurant and been told that the first opening was 2 hours later, but when I checked the app there was an opening in 15 minutes and I was able to make reservations on the app and walk right in. So… there’s my Tip of the Day! You also earn points for most every reservation that you make (and keep) that can be used to earn rewards such as restaurant gift certificates and Amazon cards.

Cooper’s Hawk had an extensive, dedicated Gluten Free menu. Everything sounded delicious, but Mom and I had a bunch of shopping still to do so we didn’t want anything heavy.

They started us off with a bit of gf bread and butter (I think it’s the same buns that they use for the hamburgers) instead of the Pretzel Bread, while we purused the menu. Mom, who never really likes the bread, loved this. It has an ever so slightly sweet flavor and a really great texture. The whipped butter didn’t hurt either!

We finally decided to share a couple of appetizers and then hoped we’d still have room to try one of the desserts. 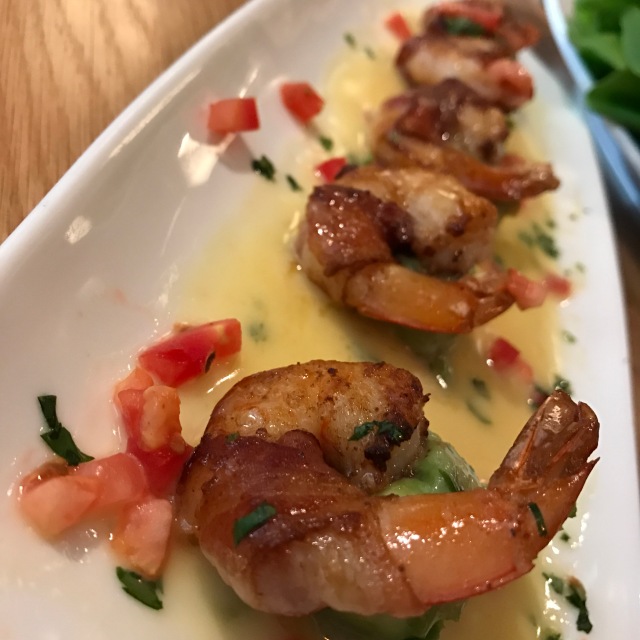 The wraps were delicious. Mom wants me to figure out how to make the Cashew Sauce now! 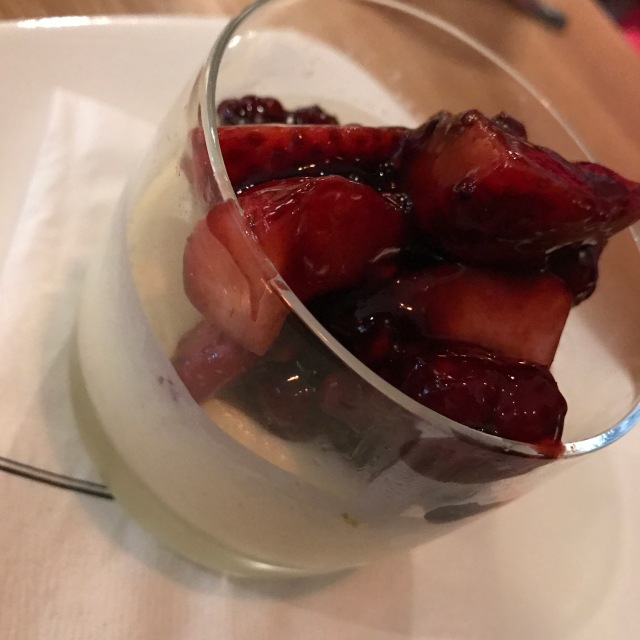 Now that cheesecake… oh, yum!  The only issue that I had during my visit was with dessert.  When the cheesecake arrived at the table it had a lovely graham cracker sprinkle… which could have been gf, but I asked just to be sure. Nope!  The waiter had made a mistake and forgot to enter the dessert as Gluten Free. He was apologetic and replaced the cheesecake with the gf, graham cracker free version right away, but it was a good thing I asked. That would have been an awful way to end an otherwise wonderful meal.

Since I wanted to try everything else on the menu I waited until the next time we were out and Brian mentioned dinner…. then I insisted that he needed to try Cooper’s Hawk too.
Yum! 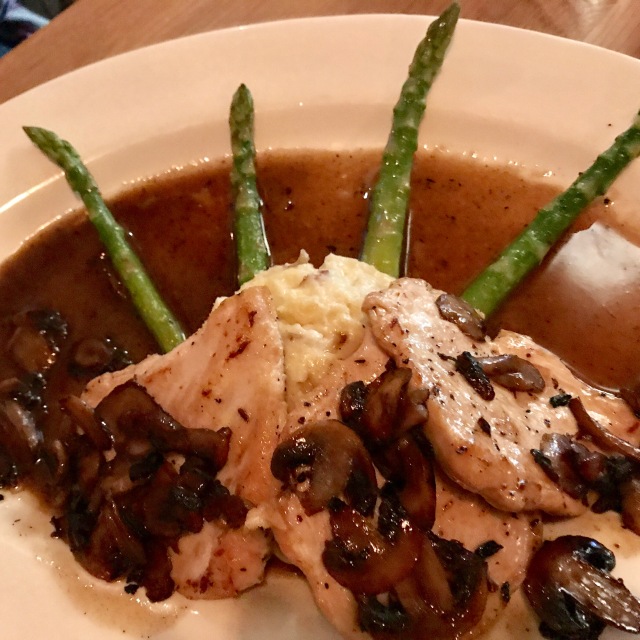 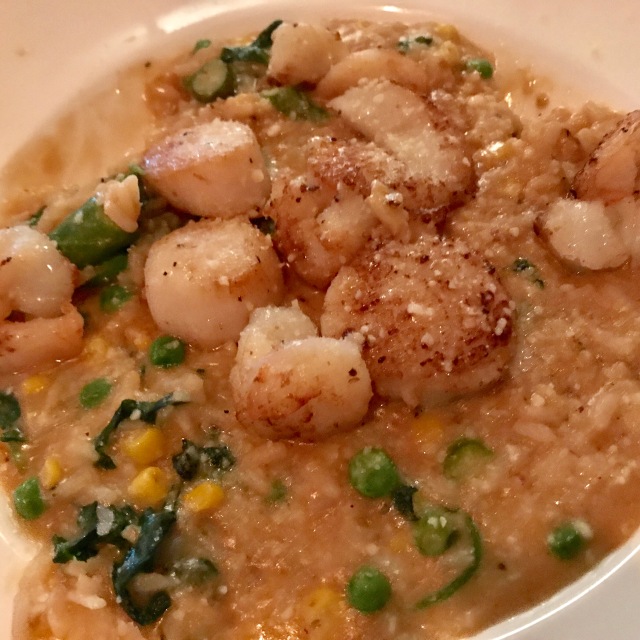